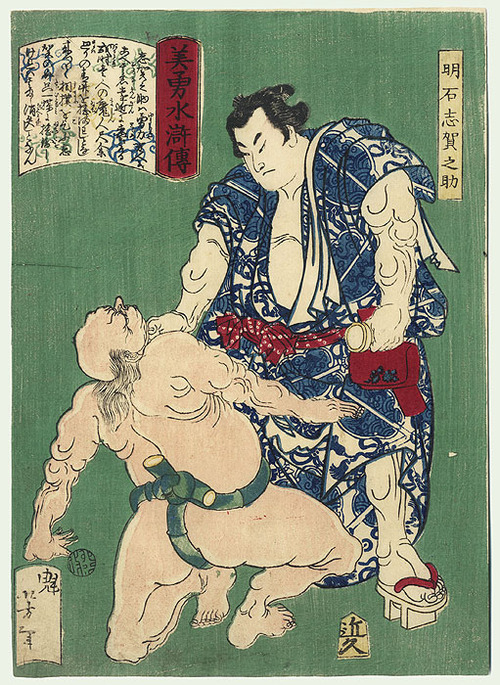 The point of these blogs is to present the many facets of training that compose the great martial mosaic. In our dojo, conversations can be as broad as the dimensions of physical training. Because there are many conceptual rooms to explore, it is important that concepts are advanced alongside one’s physical techniques, if we are to faithfully represent the full face of martial training. Therefore, lively discourse on appropriate martial topics are often interwoven with our muscular exertions to produce a skilled body and a wise head.

My own sensei, W. S. Russell, back in the early 1970’s, often gave generously of his time to address our curiosities about the martial arts. I can recall many times when he kept us at the edge of our seats well after the formal class had ended, interweaving talk about life and martial arts. I valued those clarifying moments as much as the physical practices. Better skills seemed to naturally walk hand-in-hand with better understandings.

In my opinion, a healthy dojo offers a balance of action and talk. It’s never an either or situation. One can’t say talk doesn’t have its place in martial training or we could throw out every book ever published on the martial arts. For aren’t they silent conversations about the martial arts, listened to by eager readers?

And then there are the stories. Ah, the stories! What martial artist have you ever met that doesn’t harbor at least one good story, one interesting accounting, one memorable moment, one hair-raising adventure or awe inspiring clarification, inner or outer? It’s the stories that we lean into and remember.

Let’s pick up on a thread of a story that I recounted at a recent Black belt ceremony.

We’ve had a long standing ritual in our dojo that any person being recognized as Shodan convenes a gathering of our martial community to sit around a candle-flamed circle and share in our common bonded brother and sisterhood in the martial ways.

This is an important and socially affirming ritual that has defined our school since the early 1980’s. The world is very fragmented today. There is an over-abundance of negativity and scarcity. So we can all benefit from any proffered moments of clarity, positivity, and community to shore up against those cultural imbalances that defines the lesser side of human nature.

I took an opportunity that night to share an amusing story about an event that occurred one evening when I was demonstrating a simple front choke escape during an adult class.

I had asked the class to pull their opponent’s choking hands laterally away from their throats to break the grip, with the caveat that they must pull with all their fingers on the same side of the choker’s wrists. In other words, don’t make a ring with your fingers on one side and the thumb on the other and try to pull the choke off you. It may not work.

It was an intelligent group. But they fell pray to a common learning ailment – selective listening. More eager to get into the move then pay strict attention to its details, they didn’t do what I asked. Egos prevailed. They grabbed, forming a ring with their thumb and fingers. I stopped the class and gave my devil is in the details discourse.

“You are not listening,” I told them. “Martial arts offers a highly specific response to leverage a much greater force by the use of its details. This is the gift of an older generation to ours.”  I had them re-listen to the instructions. “And,” I added, “I am not going to tell you why it works so effectively. That is the providence of more advanced study. If I were to tell you that answer, it would shift your training focus, and that is not what I want to do at this stage.” I also asked them to compare the difference between what I was asking then to do and what I was asking them to avoid. Lo and Behold. “It works!” someone said, after observing the distinct effects of the contrast. The method I presented was a significantly stronger escape.  And that’s when Andre, a jovial well-meaning, Romanian brown belt, asked me point blank, “Why does this technique work so powerfully?”

Selective listening is a bitch! I re-explained to Andre why I wasn’t going to answer his question. That should have been it. But Andre’s curiosities had been aroused. So immediately after class he walked up to sensei Noonan, a senior instructor, and asked him, “Why did that technique work?” Andre found out why sensei Noonan is a right hand man. He asked back, “Did shifu give you the answer? If he didn’t, neither will I.” Undaunted, Andre moved down the senior line and asked sensei Jeff. Ha! Jeff wouldn’t open the door either. Some information is privileged. It’s not about ego. It’s about understanding the martial process. Martial arts is a process. Marital sensei, good ones, know how to process a student, know when and how to advance them up the ladder of skill and knowledge. We know which path is the best suited for a particular student. We point to it. Then it’s the student’s job to walk it.

Now, it just so happened that Andre decided to attend the next class that evening. I run two back-to-back classes on Wednesday evenings at nearby locations. So, as I arrived in the parking lot of my next class, I was greeted by sensei Darren. He had heard the discourse in the class prior. He remarked to me. “Andre, like most people in a give it to me now society, think that the answer you are withholding is on the shelf of every karate dojo in town, or ready to jump into his hand at the command of Google search. He doesn’t understand the rarity of some martial knowledge. I’ll bet him $250 dollars that he won’t find the answer.”

Well, the whole issue went dead after that night. I never heard anymore talk about it— until one year later. It was during a private session with Andre on a Saturday morning, when he stated that he had an admission to make, something to get off his chest

“Okay,” I said. He had roused my curiosity.

“I feel I must come clean about something?”

“Remember one year ago when I asked you why that front choke technique worked and you wouldn’t reveal the reason?

“I went to another karate school and asked the sensei the same question.”

“Who did you go to?” I asked. Of all the people he had picked.  He had chosen a former student of mine who had broken away from our school on not so great terms. But, I already knew the answer.

Andre continued, “I told him that I would pay him the price of one private lesson if he could answer one question. Of course, that sensei wanted to know who I studied with, who sent him, etc. When he fumbled with the answer, I realized that he did not know it. So I left.”

We can commend Andre on his persistence, but not on following the advice that he ought to work on other fundamentals first.

Coincidentally, let’s take a look at another turn of events involving the same technique. At a completely different point in time, I noticed one day a large young man sitting in the distance observing one of my classes. I eventually got around to introducing myself and discovered that he was, and had been for along time, a martial artist with a broad interest in other martial arts. His name was Miles. He visited our classes from time to time over a period of perhaps ten years. He was always pleasant and respectful. I later found out that Miles was at one time a marital champion in his own right. So I took the liberty one evening to show him the very same front choke escape.  As I expected, he was duly impressed and asked why it worked so powerfully. “That’s my hook,” I told him. “Do you want get back into the martial arts?”

“I know people who will know this answer,” he said.

“Great. Let me know what you find out.”

Off Miles went. A few months later he reappeared.

“I asked several people down in Newark,” Miles stated.

“They asked, ‘where is this sensei? We are going to give him a beating!!!’”

Wow! Impressive. If they can kick my butt then my front choke escape must be crap. Great logic there.Thankfully, he decided not to tell them my address.

That brought us to the second sensei he had asked. This gentleman trained several towns over. When Miles presented his front choke release quandary the teacher answered emphatically, “Pressure points. He’s using pressure points.”

‘Which ones?” I asked Miles.

With mild exasperation, sensing that I simply wasn’t going to  give up the answer to him, Miles admitted that there was one more, “very senior master,” even senior to me, that he could ask.

Months went by and finally Miles reappeared in the back of the class again.

“Well?” I asked. “Did you ask that very senior master?”

“I did,” Miles responded. “And he said, ‘Frankly, I haven’t the slightest idea!’”

Now that’s a man I could talk with. Honest, clear and probably, wickedly talented.

Don’t get all choked up about what you don’t know at the moment. In time, those who seek diligently will find the answers. Patience is still a virtue in this world and it won’t hurt to trust that you are in good hands with certain teachers.  Learning martial arts is a co-creative process. We need others to help guide us, who themselves were helped, to get to those places where further questions can be asked and the right effort can be applied. There is nothing ever wrong with asking questions. They help a sensei understand your particular quest. Questions define the Quest. In a similar vein, there is nothing wrong with a teacher delaying some answers that they may be better understood down the road. There is a huge body of knowledge out there to be absorbed. Some knowledge fields need a student to be mature enough in their physical abilities to fully embrace them as viable skills rather than as intellectual curiosities that may never be actualized.